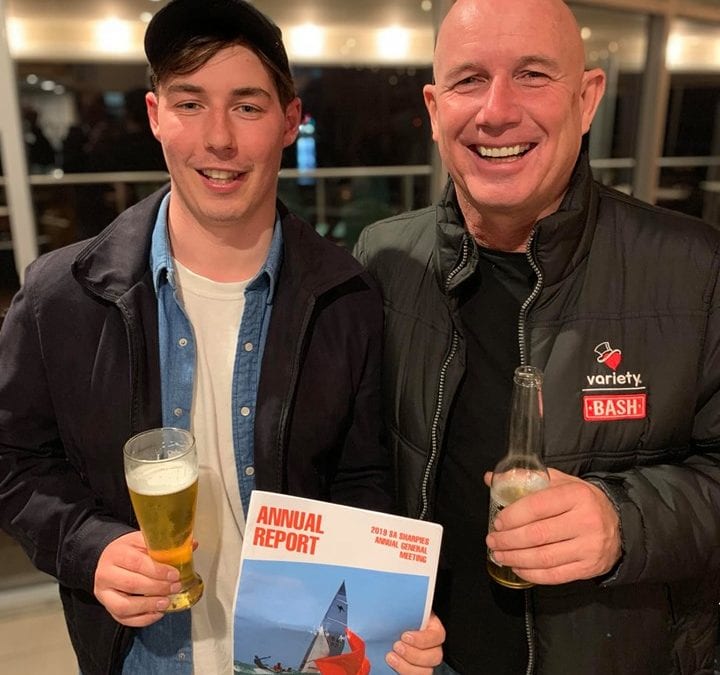 A big thanks goes out to Dave Snoad who, after 10 years on the committee (2009-2019) and nine years as President (2009-2018), has stepped down to focus on work commitments and make way for new blood. The members in attendance thanked Snoady for all he has done for our class that has seen us go from strength to strength over the last decade.

Sean Keen steps into the role of Vice President for the 2019-20 Season, supported by President Harry Fisher, and we look forward to the class welcoming Sean into the new role.

Thanks again to members of the SA Sharpies for their support and here’s to a big season in 2019-20 that includes a huge 77th Sharpie Nationals at Mounts Bay Sailing Club in Perth.